Microadventure #1: A familiar place in an unfamiliar way

Inspired by the example of Alastair Humphreys and his “Your Year of Microadventure” initiative and with an eye to making 2015 a memorable, comfort zone-defying year, I decided that I would follow the prescription and get one good adventure in per month. For January I started as small as possible, and slept out in the back garden of my family home.

I’m lucky enough that my friend Shane Carberry (who has a great blog you should check out) loved the idea too, and decided to join me in this year of (micro)adventure! I’m not going to lie. At 11pm on Friday, looking at weather set to go into minus figures overnight, it would have been easy to “do it another night”. With a friend all set to go out as well (and spurred on by the heroics of John McClaine in Die Hard 3), we were able to force ourselves out into the cold.

We were actually incredibly lucky with the weather. Bar the chill in the air, we had nothing to complain about. It was a clear night and we remained almost perfectly dry, with none of the torrential rain of earlier in the same day. As we were doing this tent-less, using only a bivvy bag each for waterproofing ourselves, this made for a fairly forgiving introduction to the world of camping rough.

Getting set up was completely painless. Choosing a section of dog crap-free grass (we were, after all, camping very much in my dogs’ territory) in the shelter of a bush and in the lee of the house, we lay down our brand new sleeping mats and bivvy bags (my mat inside of my extra large bivvy) and stuffed our sleeping bags inside. Shoes and coats discarded, we slipped in after them and bedded down. The whole process took – even for us rookies – only five minutes. Once we were in and (surprisingly) comfortable, we were free to enjoy the view. 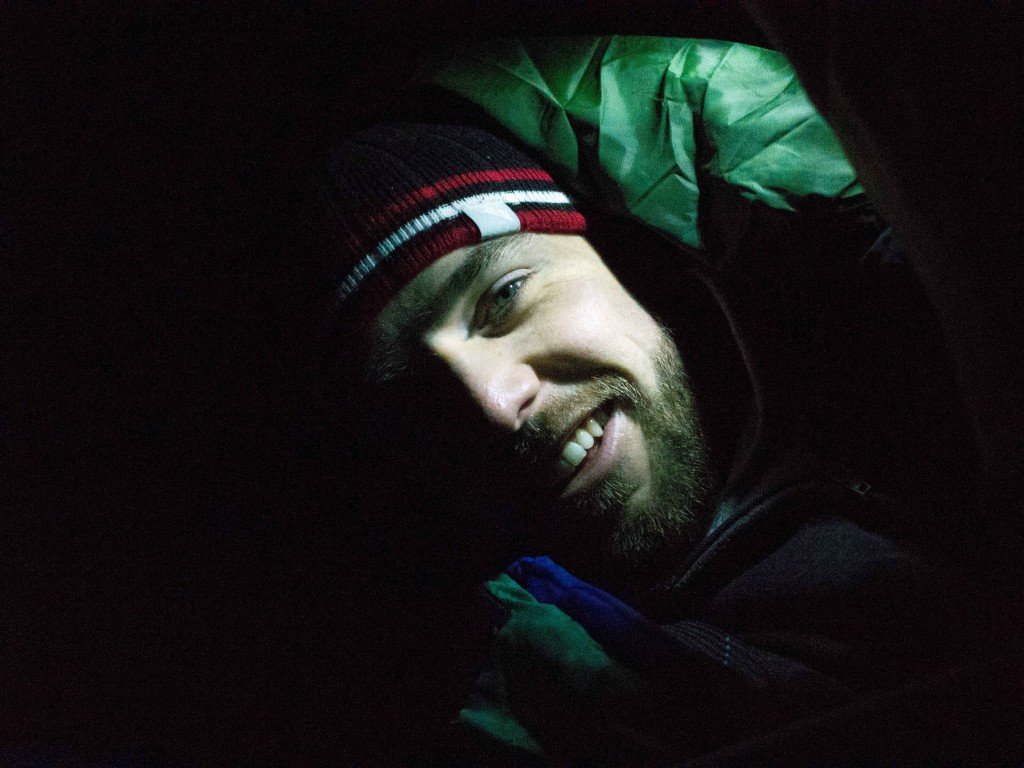 Carberry, bedded down but certainly not bet down eh ladies? High five!

In the week leading up to this, I had been reading Riding Rockets, by Mike Mullane, the irreverent memoirs of a NASA astronaut, and one of the first people to ride a shuttle into space. Like most people, when I was little I dreamed of being an astronaut and flying into the unknown, but the dream slipped away as I got older. The book helped to reignite that interest in space for me. The sky on Friday sealed that renewed interest.

I’ve never before had such a great view of a starry night, nor taken as much time to appreciate it. The sights were fantastic. Stars twinkled across the sky, so many that it almost looked like static in the corners of my vision. I spotted Orion and The Plough/Big Dipper, the only two contellations I can reliably recognise, and we had probably an age-old debate about whether a bright star we could see was Polaris (the North Star) or not (I’m fairly sure now that it wasn’t). We were greeted by the sight of shooting stars – although I have an uncanny knack for looking away or blinking just as the best ones take the stage. I can’t clearly remember if I’d ever seen one before so this was amazing to me. Having had my nose buried in the book of a man who adored these sights and my dreams filled with shuttle launches and spacewalks all week, this was intense and evocative. I would recommend sleeping out like this to everyone for no other reason than to gain a better appreciation of how wonderful the stars are. 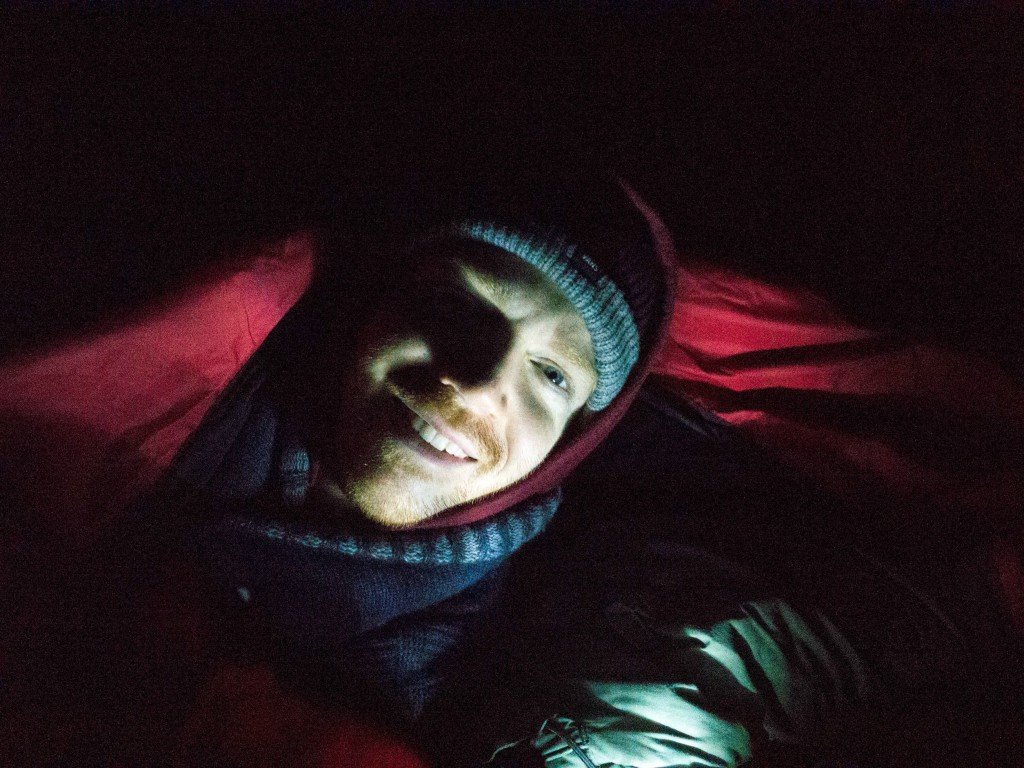 Yours truly. Ellie Goulding would have approved (bonus points to the first commmenter who gets this terrible joke)

It was amazingly peaceful, too. With the house only thirty yards away and the glow of Tullamore on the horizon to the north, we were by no means in the middle of nowhere. Lying there in the grass though, huddled in our many layers of clothes and our camping equipment, it certainly felt like we were. Time stretched out in long ribbons, minutes passing in what felt like hours. Not in a boring way – more in a completely relaxed, detached-from-the-world type of way. We had our phones on us but silenced, and although I’d shamefully brought earphones in case I was bored, good conversation and the night sky kept me well entertained.

Rust, however, would not approve of my sense of time…

When we eventually went to sleep (something I’d worried about) it came easy. I lay on my side in my usual sleeping position and my new sleeping mat kept my body cushioned. When I accidentally slipped off it onto the frosty grass I was made quickly aware, cold seeping in.

Although I fell asleep quickly, it wasn’t all roses. I must have been one layer short, or perhaps a victim of assuming the sleeping bag that fitted me when I was a twelve year old Cub on a camping trip in Cumbria would still fit me. The natural drop in body temperature that accompanies sleep, combined with the drop in the ambient temperature, conspired to wake me up with a chill after only a couple of hours. Carberry slept like a baby mostly (as he always does, the b*stard), but I spent much of the night waking up cold, warming myself, drifting off and then repeating the cycle again.

It didn’t matter though. Bar the first time I woke, when the surroundings of the bivvy bag took me by surprise and gave me a sickening jolt of claustrophobia, I was content. I had never really expected to sleep much my first few rough nights, and first times never go completely to plan (amiright). It was comforting as a first timer to realise that if something went badly wrong I was only a half-hearted stone’s throw from my house.

As the sun rose over the hill behind us, I admired the garden. It was white with frost, the edges of our bivvy bags decorated in it, our torches covered in a light patina of ice. It felt surreal lying in the midst of all this and being only slightly chilly, watching the sky lighten and the stars get washed out by the sun. 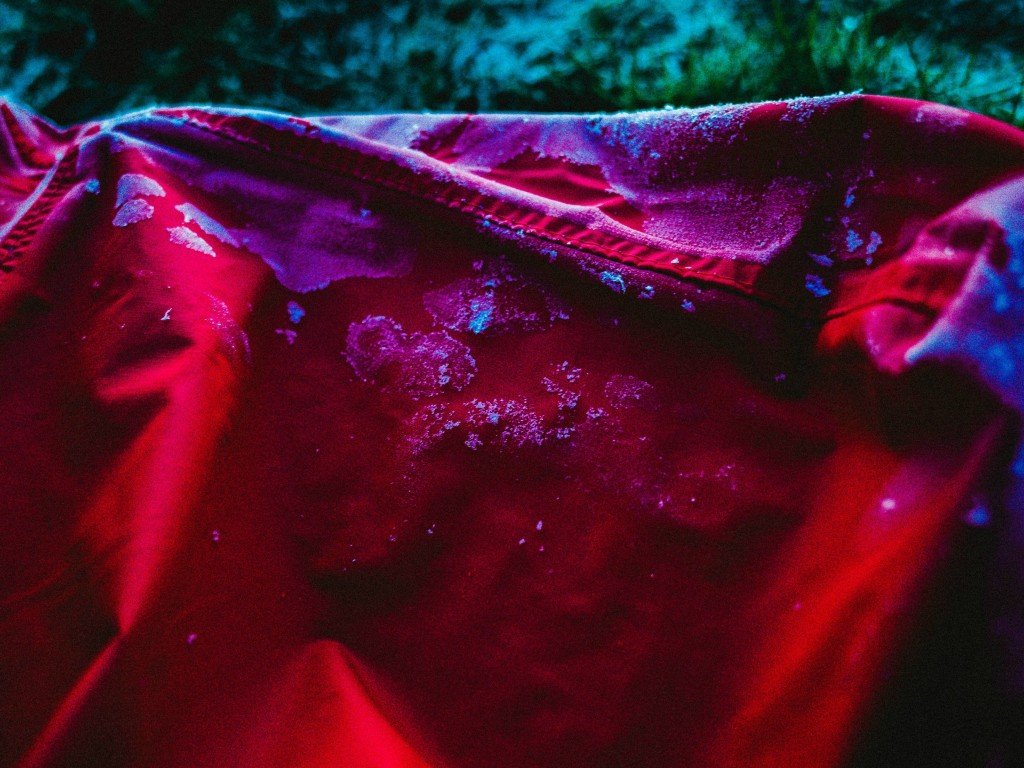 I slept in this thing, and it was war–I swear!

My dogs trotted out for their morning constitutionals and froze, staring at us, uncomprehending, for a picture-perfect second before racing up the garden in a barking frenzy. It took a while to convince them that somewhere in the layer of clothes and bivvy bags were two people they knew. Once they realised, and twigged that we were a pretty captive audience, trapped in our bags, they pounced, licking our exposed faces. It was a beautiful end to a wonderful first microadventure. 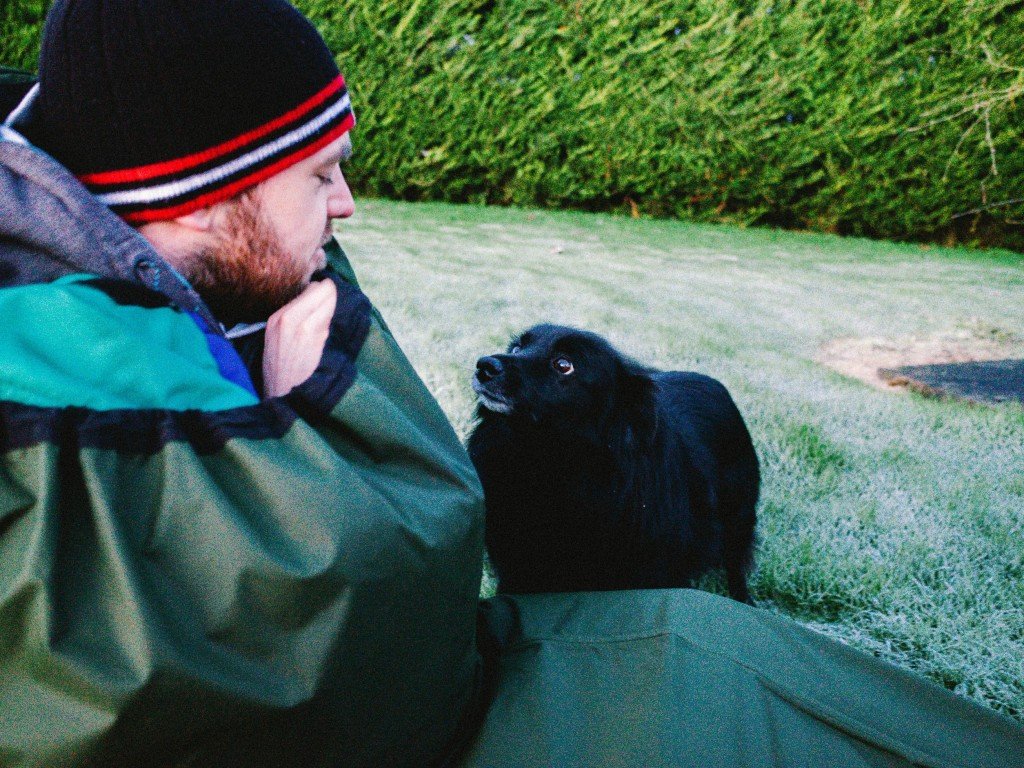 “If you’re going to sleep in my garden, you’d better rub my damn head.”

I look forward to the next unconventional night out already. 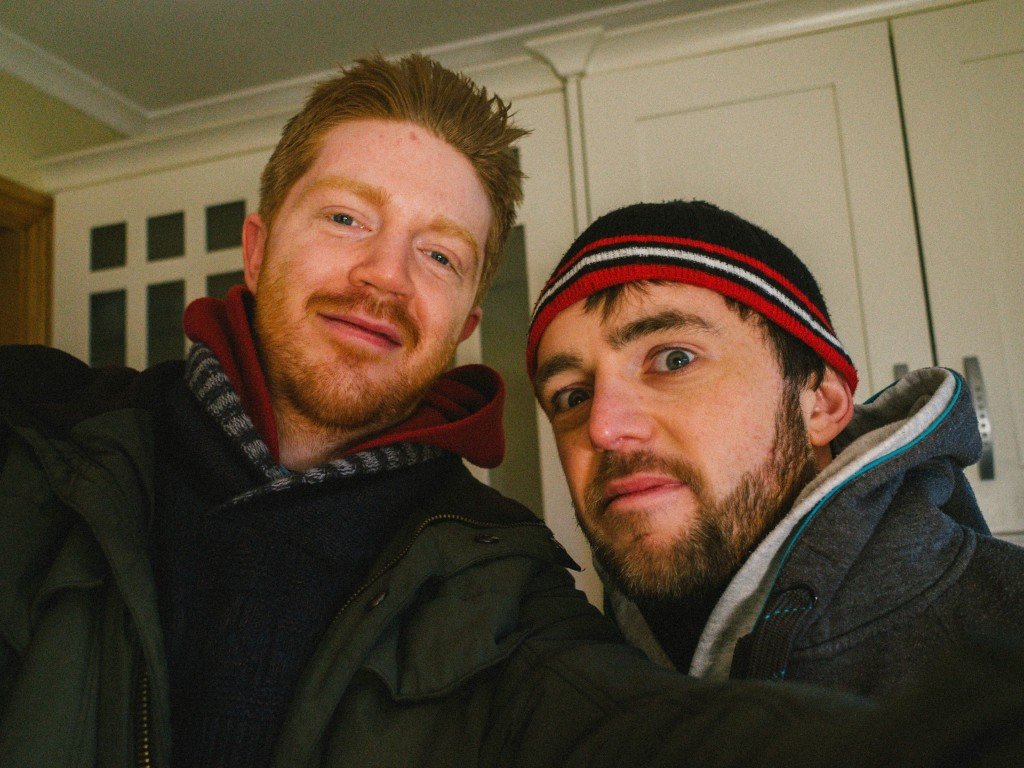