Alastair does a fantastic job at recommending gear for Microadventures, but I found some of it difficult to source cheaply in Ireland. As a result, I thought I’d quickly share where I got the basic stuff you’ll need for this mad plan hopefully taking root in your brain.

This really does not have to be an expensive pursuit, trust me. I was as sceptical once as you might be now. Writing this is also to help people avoid procrastinating getting going due to a lack of time to research cheap gear.

I plan to keep this updated as I progress through the year, so check back periodically.

Note that for everything on this list, you may already know someone who has one that you can borrow. For your first couple of times, go with free stuff if you can get it!

After much hunting around for a cheaper bag of comparable quality, we gave up and turned to Alpkit and their reliable, well-recommended Hunka (in earthy Kelp for 5’9″ Carberry) and Hunka XL (in fetching Chili Red for 6’1″ me) bags. They’re a little pricey, but when you’re going to camp out in a January frost with the constant threat of Irish rain, you want something you can trust around you. Plus, it lets you joke about being a hunk or being wrapped up with a hunk, if you’re that way inclined. Given my close proximity to Carberry, I could do both.

I went with a Vango Trek Standard self-inflating mat from Cotswold Outdoor who ship to Ireland with more-than-reasonable rates. I spent a long time shopping around for mats as they can range from €10 to €200+, and having had a couple of nights on the Vango I’m very pleased. Even more so as I have that false sense of satisfaction that comes from having nearly bought something a hundred quid more expensive and yet being happy with my cheaper purchase. Frugality wins again!

Carberry was able to get a loan of his girlfriend’s sleeping mat for a grand total of nothing.

I’m currently experimenting my way through an assortment of old bags that every house in Ireland seems to accumulate over time. If you don’t have any, your mate does and probably has two spare as well. Don’t spend any money on this until you love it so much that you have to.

I went out wearing nothing more special or sexy than multiple t-shirts, a beanie hat, long johns, tracksuit pants, two jumpers, two pairs of socks and an old pair of converse knock-offs. Don’t overthink or overspend on fancy camping clothes just yet. 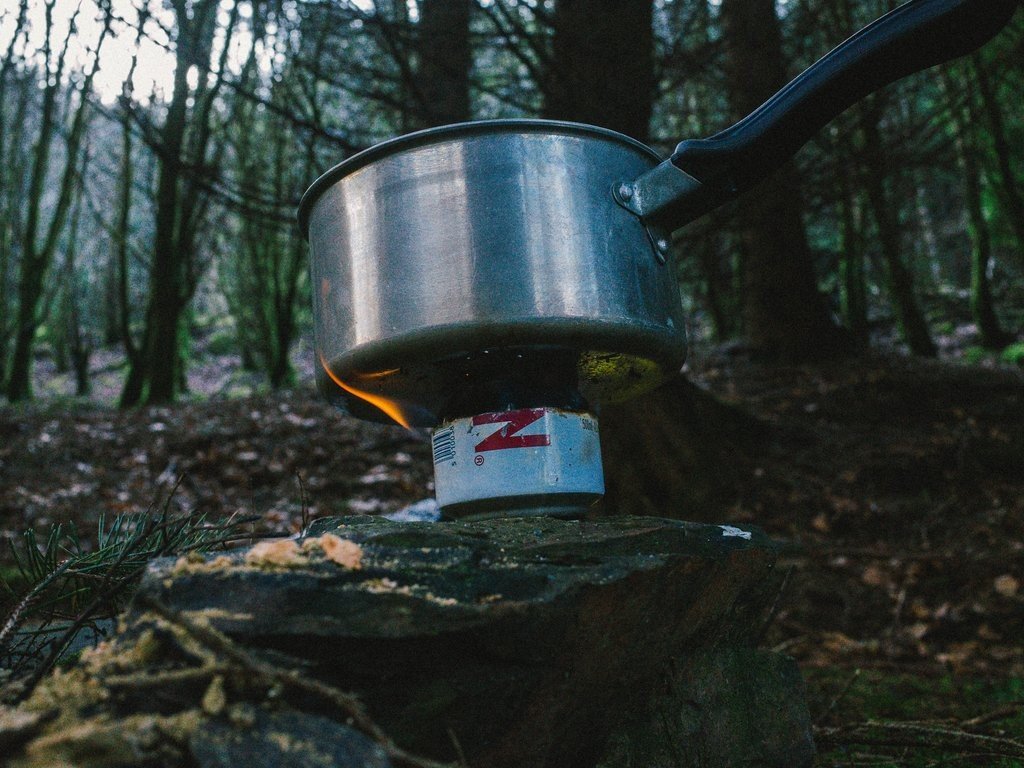 A homemade camping stove, as sponsored by Canadian

Another option – the Alpkit bundle

This newly released Alpkit Microadventure Bundle has nearly everything you’ll need bar a sleeping bag and some clothes. It even has a camping stove and one of those headlamps I covet so highly these days. Worth a look if you’re sure you’re into this and want to get going in style!