You’ve fallen off the wagon, now what?

You don’t have to be in the exercise game long to experience the dreaded fall off the wagon. You turn around one idle Thursday afternoon and realise that you haven’t seen the inside of a gym since… Well, you aren’t sure. You had that after-work drinks that went on a bit longer than intended and there was no point sacrificing sleep the next day. Had to miss that session, but you’re sure you intended to make it up. And then a few days ago you had your boss in the next cubicle – couldn’t really risk a set of toilet squats with that kind of audience.

Huh, before you know it you realise it’s been over a week — or is that two weeks? — since you’ve broken a sweat. Bloody hell. But you can’t start again on a Thursday. It’ll have to wait until Monday morning. A nice fresh start for a fresh week. But then there’s that big match on Sunday and you have a few too many and stay up a bit too late…

There it is. The wagon fall. You’re disappointed in yourself, the prospect of starting again looms like a black cloud, and you look in the mirror and see everything you dislike about your body magnified tenfold without the forgiving lighting of “recent exercise” to soften out the rough edges. So what can you do about it?

We’ll look at trying to build a back and some guardrails on our wagons (hello, tortured metaphor) next week, but for now, you’re going to have to forgive yourself a little.

We all do this – nobody is perfect. Even professional athletes sometimes mess up and oversleep, or get lax on their diets. Beating yourself up over it does nothing for you. In fact, it usually makes things worse, leading to a lack of confidence in your ability to clamber back up on the wagon and keep rolling.

We don’t want that. So take it easy, and give yourself a break.

What’s the easiest thing you can do right now?

We need to avoid “I’ll start on Monday” syndrome at all costs. In a world of three-day-a-week programs and scheduled classes, it can seem like if you miss a session or two, there’s no point getting back on the horse until next week. This makes sense on the face of it, but the last thing we want to do is elongate the period without exercise. The longer you go, the further up the road that wagon has moved and the harder it is to catch up.

So what can you do right now? If you’re in work, plan something for that evening. It doesn’t need to be a two hour punishment session — even a brisk walk is better than nothing. If you’re at home, drop and give me twenty! Just kidding (although that’s not a terrible idea). Get outside at lunchtime and take a stroll. Next time you head to the loo, get your squats in after you, well, squat.

If you’ve got a bit of my recommended home exercise equipment lying around, make use of it. Having some basics at home means there’s no reason you can’t jump back on that wagon today.

If it’s been a while, don’t throw yourself back in at the deep end. This is the death knell of many a well-intentioned New Year’s Resolution, but it can strike at any time. Instead, build back up slowly. Take your victories and build your confidence that way.

If you usually aim for four days a week, set yourself a goal of hitting two this week. That’s the goal — feel free to overshoot it, but don’t go right back to beating yourself up if you fail to get up to four days a week speed from zero. Especially if you’re starting again late in a week, it’s usually fine to hit the remaining sessions in your week – even if that means only getting Friday’s biceps vanity party done before you take the weekend off.

On the same note, don’t fry yourself by trying to jump back up to the same intensity (weight, difficulty of movement) or volume (number of reps or sets) as you were at before. The longer the layoff, the less ready your nervous system is going to be for the strain. It can be disconcerting and disheartening when this happens, but don’t worry. Once you’ve had it once, it will come back easier.

Just like the aforementioned biceps vanity session, it’s a lot easier to get back into your exercise routine if you come back into something you enjoy. While you can’t work the guns every session, you definitely can shift your week around to get that in first if the thought of heavy squatting turns your stomach, or you can’t face the rowing machine right now.

Remember that it’s a marathon, not a sprint. In the grand scheme of your life, a missed week or three won’t make much difference if the rest of the time was full of sweet, sweet activity. Some exercise — some movement — is always better than none when it comes to your health.

Unless you’re playing dead to avoid a bear. In that case, fair enough. 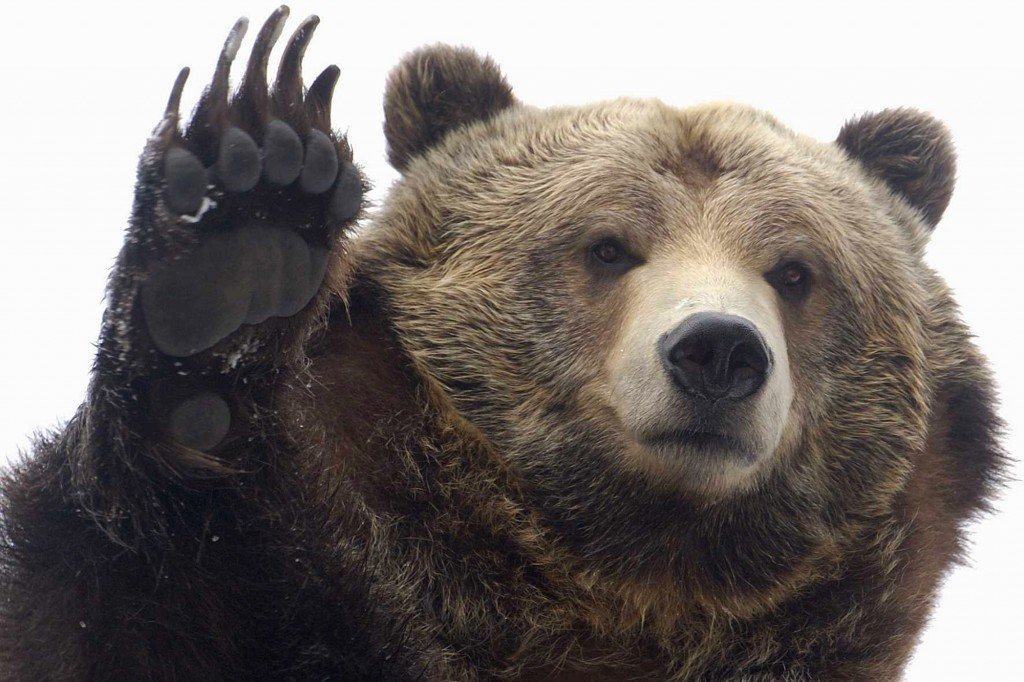 But who’d want to avoid this guy!?